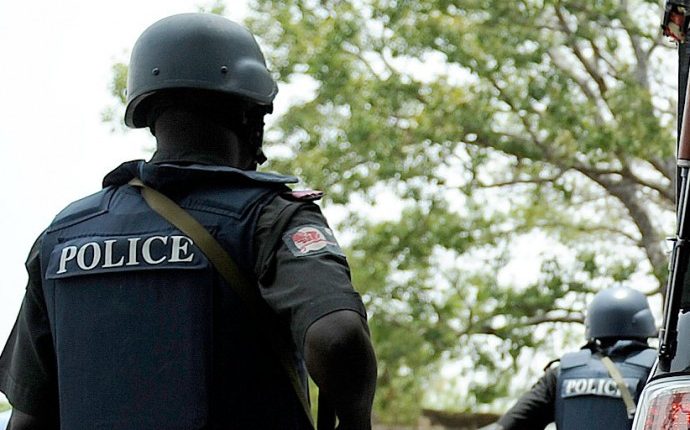 A deity has been arrested for tormenting an entire community. Nnajiofor Donatus, a middle-age man in Nsukka Local Government Area of Enugu state, single-handedly arrested the deity.

Donatus claimed that apart from tormenting the entire community, the deity made his honey business crashed.

The man, who hails from Ibeku Opi community in Nsukka Local Government Area of Enugu State, said that he was encouraged to remove the deity by a stronger force from above, as it had rendered many people from the community useless, thrown many out of business and tied up many girls of the community from getting married.

He said that the deity was responsible for poverty level of Ibeku Opi, adding that he crashed out of his thriving honey business in Nnewi, Anambra State, and returned home empty-handed.

Donatus who was later taken before Nsukka Urban Police Division with the deity for further interrogation exhibited violent tendencies.

However, a security officer who would not want his name in print, said he was frightened at the sight of the man and the deity.

He noted that the man was barking and charged to attack anybody that may disturb his gaining entrance to Okunere adoration museum at the cathedral allegedly to liberate Ibeku Opi community out of the fetish powers of the deity.

US Megachurch pastor curses those who ‘stole’ presidential election from Trump