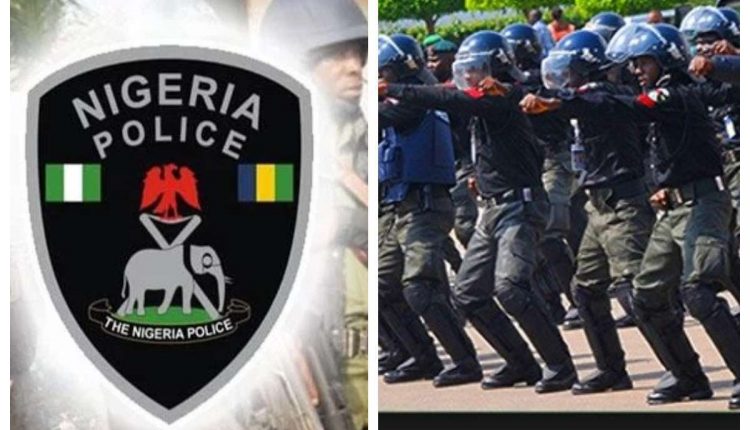 With the unceasing rate of kidnapping for ransom especially in the northern parts of the country, a shootout between the Police and suspected kidnappers have resulted in the death of one suspect while there others have been arrested in Gombe state.

The dead suspect who was simply identified as Ustas was killed after policemen traced the criminals to the bush where they held one of their victims, Babayo Magaji.

According to the Commissioner of Police in the state, Maikudi Shehu, Magaji was kidnapped from his home on Monday by seven armed men who are said to be Fulani.

“This particular incident happened on Monday where the victim, Babayo Magaji was kidnapped from his home by seven armed men, all of them Fulanis. They led him into the bush and got to a rock somewhere and they decided to rest. It was while they were resting that their victim, Magaji escaped and drew the attention of the people who were living around the area and so the vigilante, hunters and the police were informed,” the Commissioner said.

He said Magaji led the police hunters and vigilante to the scene of the incident and as soon as the kidnappers sighted the police, they opened fire.

The commissioner said it was in the exchange of gunshots that one of them was shot dead and another one escaped with bullets wounds.

“Incidentally, all of them came from Adamawa to kidnap the man with the belief that they will be able to get so much money from him because he has a lot of cattle. Aminu Musa from Song Local government was arrested at a motor park. Another suspect was arrested while trying to board a vehicle at Pinga to Adamawa,” he said.

He also told journalists that the person that sent them to go and kidnap Magaji has also been picked up by the police.

Magaji while speaking with journalists said he was asked to pay a ransom of N300, 000 to secure his release from his kidnappers.

The commissioner said “out of seven kidnap suspects, we have arrested three; we have a corpse of one of them who is called Ustas while three others are presently on the run. Incidentally we have a similar case that happened around the same axis so we are trying to see how we can link the two together.”

He said the second gang of kidnappers was trying to kidnap a person when the police ran into them and opened fire.

According to him, when the exchange of fire power became hot, they ran away living behind their two motorcycles and a Kalashnikov rifle at the scene.

He said the police are still investigating to know whether it is the same syndicate that is operating in the area and assured the public that the police will do everything to ensure that people can sleep with their two eyes closed.

Meanwhile, the Police in Anambra state have refuted a report alleging the murder of two persons during an attack on some vehicles by suspected hoodlums in Ihiala Local Government Area of the State.

The spokesperson, Haruna Mohammed in a statement, described the report as misleading, saying the incident which went viral on social media took place in Awoidemili community in Orsu Local Government Area of Imo state.

He urged the public to disregard the report, explaining that the victims were only taken to a hospital in Ihiala where they were confirmed dead by the medical doctor.

He said, “The attention of the Anambra State Police Command has been drawn to a trending video clip which has gone viral in the social media showing a white Toyota Hilux with registration number Kogi BJK-527-AA with two male occupants fatally injured in which the recorder claimed the incident took place in Ihiala LGA of Anambra State.

“The report which neither states the date nor time of the incident is absolutely misleading with the tendency of creating tension and panic in the State.

“Meanwhile, a preliminary inquiry conducted by the Command revealed that the alleged incident took place at Awoidemili community in Orsu Local Government Area of Imo state.

“Victims were only rushed to our Lady of Lord’s hospital, Ihiala where they were confirmed dead by the medical doctor. Consequently, the Divisional Police headquarters where the incident took place in Imo State had since commenced an investigation into the circumstances surrounding the incident.

“The Command wonders why the recorder could not cross-check his facts with the Police in a sensitive matter such as this before sharing on the social media.

“The Command insists that calls for victim support in accident or security-related situations and indeed other reports by social media users must be distinct and devoid of the mischief of any kind.

“In view of the foregoing, the Commissioner of Police, John Abang urges the public to disregard the misleading video report and further assures them of adequate security protection in Anambra State.”

In another development, two people on Wednesday morning dropped dead in strange circumstances at the Refinery Junction, Eleme, Rivers State.

It was gathered that one of the deceased, a woman in her 60s was said to have dropped dead after disembarking from a commercial motorcycle near the Refinery Junction.

The second person, a man of about 70 years old reportedly slumped and died after alighting from a commercial vehicle.

The son of the man, who was contacted through his telephone was said to have arrived at the scene and with the help of other people took the corpse away.

The son was quoted as saying that the deceased was at Eleme to withdraw money at a bank.

No one had come to identify the deceased woman or take her corpse away many hours after she dropped dead.

The cause of the deaths as at the time of filing this report remains a mystery.