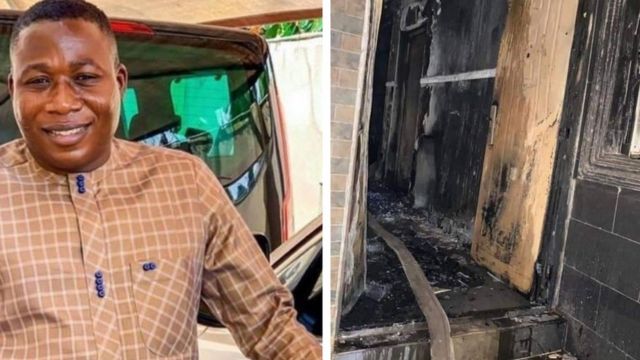 The first house of Mr Sunday Adeyemo popularly known as Sunday Igboho in Ibadan has been reportedly burnt down.

The Yoruba activist’s house which was located in Soka area of Ibadan, Oyo State was in the early hours of Tuesday burnt as result of power supply surge to the area where the house is located, according to preliminary reports.

Igboho had been in the news lately for leading some youths to the Fulani settlement in Ibarapa, Oyo State where they attacked the Seriki Fulani’s house, and subsequently set ablaze by angry youths in community.

Both the governor of the state, Seyi Makinde, and the Inspector General of Police, Mohammed Adamu had ordered for Igboho’s arrest over the quit notice he issued and the attack on Fulani settlement in Ibarapa.

MURIC queues behind Tinubu for President