The lead pastor of Grace Life Church in Alberta, Canada, James Coates, has been remanded by a court for holding worship services in spite ongoing pandemic restrictions due to COVID-19.

In December 2020, Alberta Health Services inspector, Janine Hanrahan issued an order against Grace Life, directly mandating the church to ensure all congregants, staff members, and leaders are wearing masks while on the property, to enforce social distancing of at least six feet between all persons, and to restrict occupancy of the facility to 15% or less of the building’s total operational capacity.

AHS then filed a court application in January to enforce the order through the courts. The application named Coates, granting the health agency the power to jail the pastor if he continued to hold worship services in violation of government edicts, according to the Justice Centre, which is representing the minister.

By the end of January, AHS issued yet another order to Coates, demanding he “immediately close” GraceLife “until such time as the premises comes into compliance” with government-sanctioned rules.

“The officers told Pastor Coates that he was under arrest and must agree to stop breaching the [Chief Medical Officer of Health] Orders,” the Center reported. “Pastor Coates explained to the officers that he could not do that because to do so would violate his conscience and prevent him from fulfilling his duty as a minister to lead his congregation in worship. The officers then left, without arresting him.”

Coates preached again this past Sunday.

Following this weekend’s services, RCMP officers notified Coates they would be arresting him Tuesday. The pastor turned himself in.

The Church’s lawyer, James Kitchen, described the orders in place in Alberta as “reminiscent of what one encounters in dystopian novels such as George Orwell’s ‘1984.’”

“The congregants of GraceLife refuse to accept the Alberta government’s dystopian ‘new normal,’” the attorney said. “Their first loyalty is to obey their God, not government. They are committed to gathering, as they always have, for in-person worship services. They will challenge this excessive and unlawful government oppression rather than turn their back on their beliefs. They also believe they are lawfully exercising their Charter-protected freedoms and that the government’s restrictions are not justifiable.”

“Governments never destroy civil liberties without pointing to some reason that sounds good, such as ‘safety’ or ‘equality,’” he added. “The very reason certain rights and freedoms are protected by the Charter is so that government cannot simply ignore those rights by merely asserting its actions are for a good cause.” 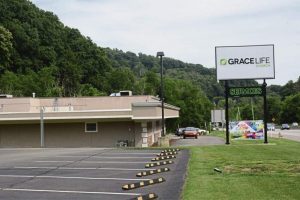