According to the Command, the incident which occurred around 11:30pm on Tuesday at Seaside Estate, Badore, in the Ajah area of the state, happened during an argument between the couple after the man returned home but could not get water to use.

It was however not clear if the water he needed was drinking or bathing water but Itape allegedly got infuriated to have returned home and could not get water.

The argument was alleged to have degenerated such that Itape allegedly brought a kitchen knife and stabbed his wife around the neck which killed her.

It was alleged that screams from their residence attracted neighbours who notified the police at Langbasa.

According to reports, the Divisional Police Officer (DPO), CSP Stephen Abolarin led operatives to the scene were the suspect was arrested and the murder weapon recovered.

Police spokesman, SP Benjamin Hundeyin said the woman’s body had been deposited at the mortuary for autopsy, adding that the case had been transferred to the homicide section of the State Criminal Investigation Department (SCID), Yaba. 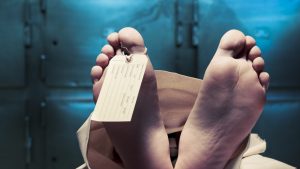 Organisers begins preparation ahead of 19th edition of AMAA Awards